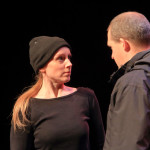 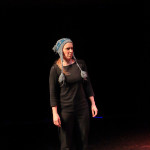 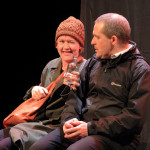 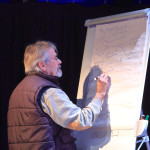 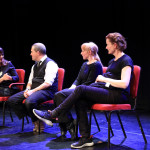 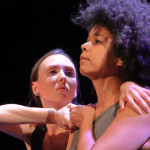 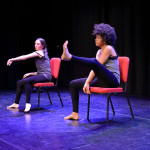 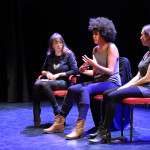 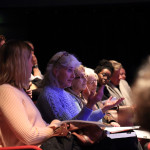 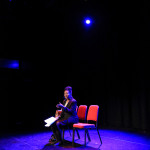 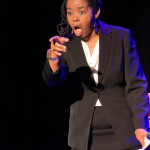 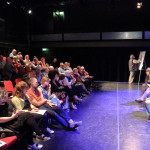 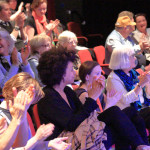 Chris returns to the Theatre Scratch Night with another excerpt of The Immigrant, which is currently in development, and is due for a small-scale tour in May 2018.

In 1917 Chaplin released a short film called The Immigrant about people looking to start a new life in America. Its sweet, simple storyline is in stark contrast to the plight of those trying to enter America today.

Chris has been working as a performer for 16 years specialising in clowning and non-verbal performance.

Madeleine has worked as a professional actor, notably in radio and in improvisation. They have both been developing the piece together since the beginning of the year.

With / Without is a devised physical theatre piece set to music, that explores what it means to be a woman in 2017. We hope to leave audiences questioning the role of women in modern society and how they are judged whatever position they find themselves in.
Catching Leaves Productions is a cross discipline company bringing together a variety of styles and mediums to create dynamic work.
Ella and Eve first met in London in 2011 when they were cast as sisters in a production of Dancing at Lughnasa. Since then they have worked together staging a production of Contractions at fringe venues in London and Colchester, and devising interactive performances for festival and performing at the Royal Opera House.

Hope For Us All

If you don’t like something, change it. If you can’t change it, change your attitude. Maya Angelou

Shaniqua is used to fighting her own battles . . . on her own. Today, she discovers it doesn’t always have to be that way. In short, there is hope for us all.

Hope For Us All has never been performed before. It was written in response to the white supremacist marches in the USA, earlier in the year, and will receive a full length performance at the Oxford Playwright’s evening of seven short plays, St. Clements Centre, Saturday November 11th, 7.30pm.

Doc Andersen-Bloomefield is an Oxford based playwright. She is the new winner of Theatre Oxford’s 2017 (Mississippi, USA) Short Play Competition, with her play, Being Mortal.